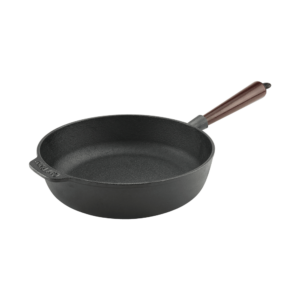 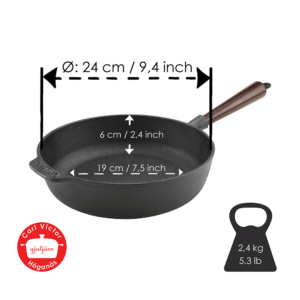 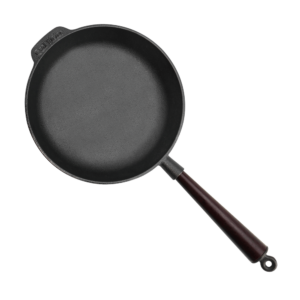 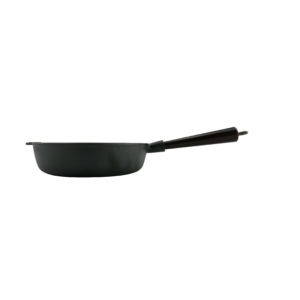 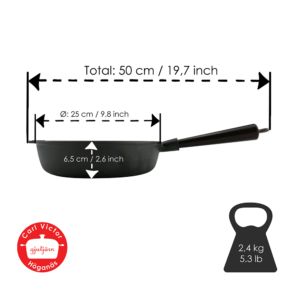 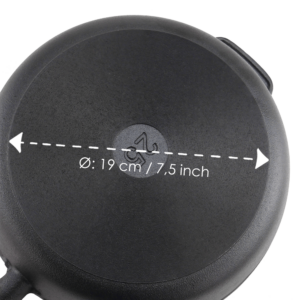 Pre-Seasoned Cast Iron Deep Pan 25 cm With Wooden Handle, also known as Cast Iron Saute Pan, distributes heat evenly and work on all stoves, including induction.
A classic Swedish cast iron pan can only become better the more they are used. Thanks to the excellent heat distribution of cast iron, the food will be cooked evenly.

Heat the pan with cooking-oil/butter or some other fat of choice, until the pan is warm and ready. Fry the food 45 seconds per side, before lowering the heat to finish the frying.
Do not leave any food in the pan when finished frying.

The pan can be used on all kinds of stoves, including INDUCTION.

Never leave the pan wet or in a humid place. Never use the dishwasher to clean it.  The pan is likely to rust if this is not followed. 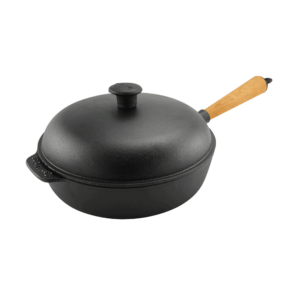 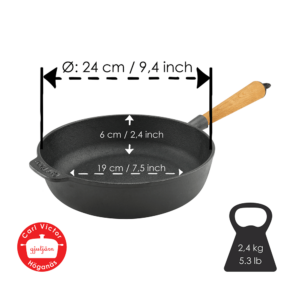 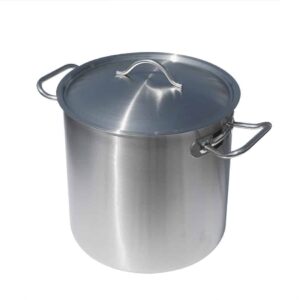 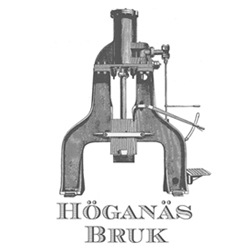 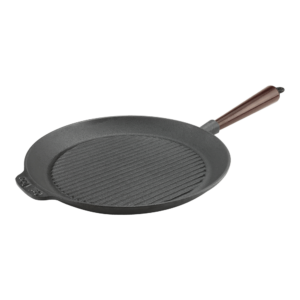 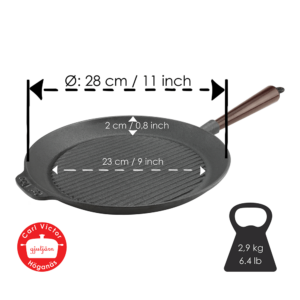